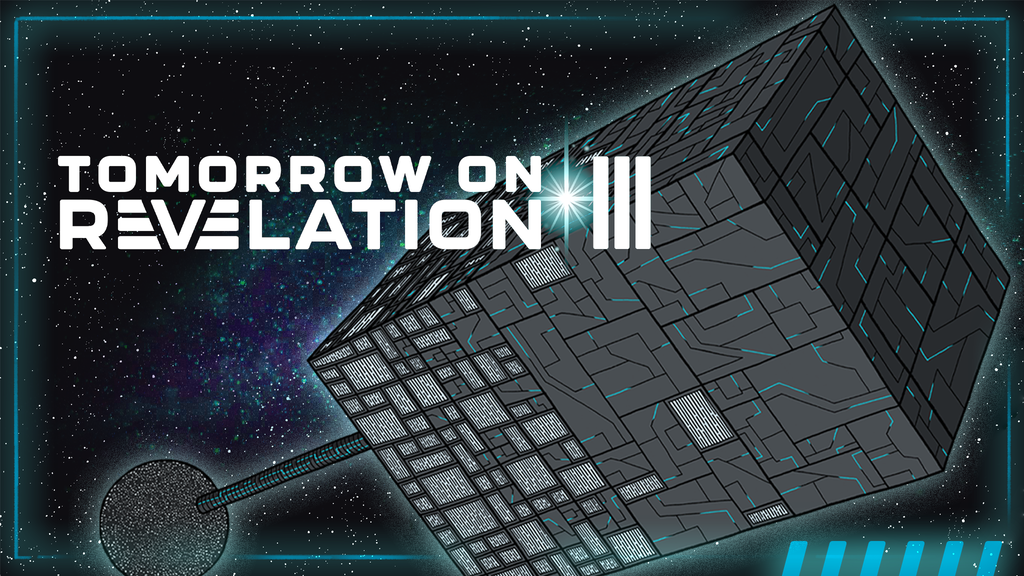 Latest Updates from Our Project:

We’re in the home stretch of the campaign! The Kickstarter ends in five days, at which point we’ll be full speed ahead with finishing the game. We wanted to give you a few media and development updates in the meantime.


First, Dominique will be running a one-shot on Actual Play this coming Monday, April 5 at 6:30 PST! That will be on twitch.tv/actualplay. They’ll be GMing for the wonderful Viditya Voleti (Space Goblins, Space Between Stars, Kiran on Corazón Station), Jamila R. Nedjadi of Sword Queen Games (Apocalypse Keys, BALIKBAYAN: Returning Home, co-host of The Gauntlet podcast), and “Mad Jay” Brown (host of the Diceology podcast, Actual Play streamer, Hit the Streets: Defend the Block). If you’re interested in seeing the game on its feet, here’s your chance!


We were also interviewed on Game Closet about Tomorrow on Revelation III. You can listen to the episode here. Taylor is a wonderful interviewer and we had a blast talking about the genesis of the game and a lot of the design choices behind it.


And, some campaign and game development updates:

We can't wait to share more of this game with you!